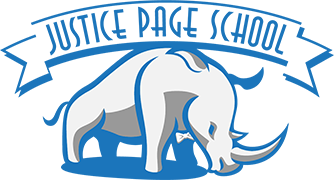 Rhino Pride is a student-led group to support LGBTQ+ youth and allies, as well as make Justice Page Middle School a safe, respectful, tolerant, and informed community for LGBTQ+ youth.

You DO NOT need to identify as LGBTQ+ to be in Rhino Pride!!!

Seventh and eighth grade Rhino Pride meets every other Thursday during 6th hour in room 312 for the duration of the school year. Meetings are announced via Advisory slides. Students MUST check in with their teachers before coming to the meeting. If they are needed in class, they must stay in class.

L = Lesbian (a female attracted to a female)

B  = Bisexual (someone that is attracted to male and female)

A = Ally (somone that does not identify as LGBTQ, but supports the LGBTQ community) OR

A = Asexual (someone that is not sexually attracted to anyone)

P = Pansexual (somone not limited in sexual choice with regard to biological sex, gender, or gender identity)

Gender Non-Binary = (someone that does not identify as strictly male or female; may see themselves as both or neither)

Cis = (someone that identifies as the gender of thier birth)

And all points in between!

A Day In the Life of Marlene Bundo